Find out what happens in Vegas with Costa Bingo‘s glam Bingo Vegas Game, the newest rapid-fire, hybrid bingo game for 2016!

The hybrid game follows in the footsteps of the recently launched Flash Fives game and offers a delicious twist by using playing cards rather than bingo balls. The game is also bursting with sinfully good jackpots!

What happens in Bingo Vegas!

What happens in Vegas should stay there, but if you're ready to soak up the Bingo Vegas-action, then we'll let you in on some insider gossip! The rapid-fire game is played using a 52 card deck instead of bingo balls. You can  let the games begin by selecting the bingo cards you want to purchase, and selecting 5 cards is known as a hand.

Instead of calling out the bingo numbers, the bingo caller will announce the bingo cards. If your cards are selected, they will be covered by a chip, and the aim of the game is to be the first player to cover their five playing cards. If this happens, then you can be the lucky player to hit the star-studded Vegas Jackpot!

Costa Bingo will be unleashing it's rapid-fire game every day between 6pm and midnight. The best part is that the game is connected to a wager jackpot, which means the more people that play and wager money, the higher the jackpot prize will climb! With tickets as little as 20p a game, and the chance to buy up to 5 hands per game, you'll have more than enough chances to make your Vegas riches!

We have a sneaky suspicion that the new game may be tenuously linked to Costa's upcoming new telly advert with the comedy legend Jonny Vegas, so watch this space for the advert launch! 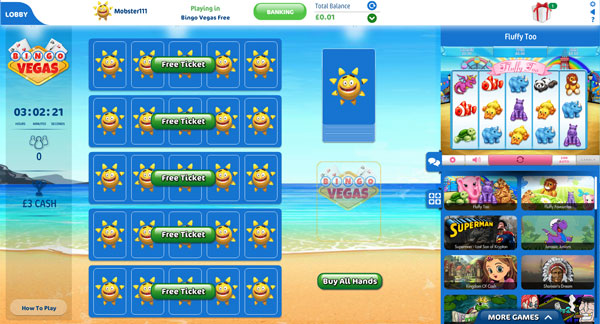